Zippo was named one of the top ‘Americana’ brands in a survey of 4,500 consumers by New York-based branding researching firm Brand Keys. Zippo weighed in at number seven on the list, boasting a 93 percent score (out of 100) on a scale representing consumers' emotional engagement expectations.

Zippo has been an American icon since WWII when the company ceased production of lighters for consumer markets and dedicated all manufacturing to the U.S. military. The company has produced countless Americanthemed lighters, the single most popular image reproduced on the windproof lighter being the Statue of Liberty. Additionally, the people of Zippo contribute to its patriotic history – including its founder, George G. Blaisdell, the many employees, as well as the customers and collectors who have played a part in the company’s 80-year history.

“Everyone has a Zippo story. It's an attitude, a lifestyle -- it's an American icon, like a July 4th backyard barbeque,” said Greg Booth, Zippo President and Chief Executive Officer. “We’re honored to be on this list and I know Zippo founder George G. Blaisdell would say the same. Mr. Blaisdell was a very proud American and many times he said that he was privileged to pay his Federal taxes because he felt that the United States was such a great country.”

Zippo embodies American pride not only in its design and manufacturing, but also through partnerships with companies and brands that share its patriotic values. More than half of the brands on the Brand Keys list have been featured on a Zippo lighter, including Jeep which came in at number one. In fact, in 2011, West Coast Customs produced a custom Zippo Jeep. In addition, Harley-Davidson Motor Company, ranked 13 on the list, is currently Zippo’s number one licensed brand. 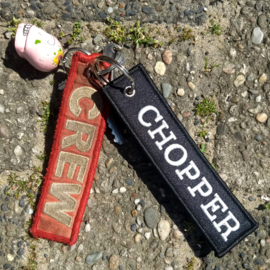