In 1974, the FX was joined by the FXE, a version of the Super Glide with an electric starter. Both versions also got an exclusive one-piece tank instead of the Fat Bob tank used by the FL.[3]

In 1977, the FXS Low Rider was introduced. The Low Rider had alloy wheels front and rear, two disc brakes on the front wheel, extended forks with a 32° rake, and a 26" seat height.[6] Unlike the Super Glide, the Low Rider was an instant hit; outselling all other Harley-Davidson models in its first full year of production.[7] All three FX models returned to using Fat Bob tanks, but with a special center divider that included a tachometer.[3]

A 1977 Harley-Davidson Confederate Edition of the Super Glide that had commemorative paint and tank and fender decals was produced but in such low volume numbers - only 228 units - as to make it one of the rarest of the company's motorcycles.[8][9]

The base, kickstart-only FX was discontinued in 1979. In that year, the FXEF Fat Bob was introduced.[10] The following year would bring the FXB Sturgis, an all-black Low Rider with primary and secondary belt drives, and the FXWG Wide Glide, a Low Rider with wide forks and a flame pattern painted on the tank.[10]

The FXE Super Glide was discontinued in 1985, with the FXEF Fat Bob becoming the base model.[10] The 1985 FXEF was the first and last FXEF to have the Evo motor along with being the last year for the 4sp and chain drive.

Stitch it on your vest or jacket!

Also possible to iron it to your clothing

This patch is thinner dan a regular patch, to go with our other patches in 95mm format.

Use it to mark who you are, what you like or where your roots are!

It is also popular to stack mor sticks under each other to show what kind of biker you are! 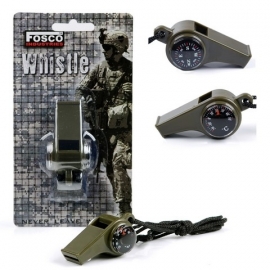