The "Indian Motocycle Co." was founded as the Hendee Manufacturing Company by George M. Hendee in 1897 to manufacture bicycles. These were initially badged as "Silver King" and "Silver Queen" brands but the name "American Indian", quickly shortened to just "Indian", was adopted by Hendee from 1898 onwards because it gave better product recognition in export markets. Oscar Hedstrom joined in 1900. Both Hendee and Hedstrom were former bicycle racers and manufacturers, and after building three prototypes in Middletown, Connecticut they teamed up to produce a motorcycle with a 1.75 bhp, single-cylinder engine in Hendee's home town of Springfield. The motorcycle was successful and sales increased dramatically during the next decade.

In 1901, a prototype and two production units of the diamond framed Indian Single were successfully designed, built and tested. The first Indian motorcycles, having chain drives and streamlined styling, were sold to the public in 1902. In 1903, Indian's co-founder and chief engineer Oscar Hedstrom set the world motorcycle speed record of 56 mph.  In 1904 the company introduced the deep red color that would become Indian's trademark. Annual production of Indian motorcycles then exceeded 500, rising to a peak of 32,000 in 1913. The engines of the Indian Single were built by the Aurora Firm in Illinois under license from the Hendee Mfg. Co. until 1906.

Aurora produced engines under license for Indian from about 1901 to 1907. Aurora was also allowed to sell Indian design engines to third parties and pay Indian a fee. After 1907, Aurora could make its own complete motorcycles, which it did as Thor, and Indian began manufacturing its own engines. 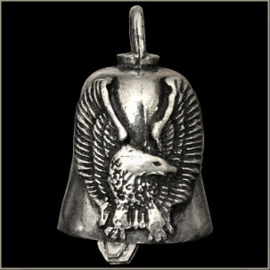