One of the best chopper builders ever!

Indian Larry (born Lawrence DeSmedt; April 28, 1949 – August 30, 2004) was a noted motorcycle builder and artist, stunt rider, and biker. He first became known as Indian Larry in the 1980s when he was riding the streets of New York City on a chopped Indian motorcycle. Respected as an old school chopper builder, Larry sought greater acceptance of choppers being looked upon as an art form. He became interested in hot rods and motorcycles at an early age and was a fan of Von Dutch and Ed "Big Daddy" Roth, whom he would later meet in California.

Wide acknowledgment of Indian Larry's talent only came to fruition in the last few years of his life. He died in 2004 from injuries sustained in a motorcycle accident while performing at a bike show. His bike, Grease Monkey, was featured in Easyriders magazine in September 1998. In 2001 Indian Larry participated in the Discovery Channel program Motorcycle Mania II, followed by three different Biker Build-Off programs. During this period he built the motorcycles, Daddy-O (known to most people as the Rat Fink bike), Wild Child, and Chain of Mystery. 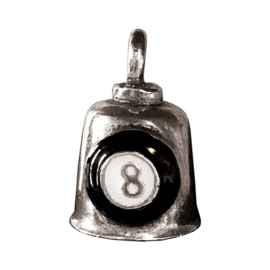