New smaller model with brass inner thread. This sligtly smaller diameter will not hit against your dual disk brake-caliper covers, mounted on some custom bikes.

Union Oil (for many years based in El Segundo, California) introduced "76" gasoline in 1932. The name referred to the 1776 United States Declaration of Independence, and was also the octane rating of the gasoline in 1932.[3]

76 signs are orange balls with "76" written in blue on them. Many stations had the 76 ball rotate when the signs were illuminated. The first such sign was designed in 1962 by advertising creative director Ray Pedersen for the Seattle World's Fair.

In 2005, new corporate owners ConocoPhillips began a rebranding campaign to unify the design elements of each of the merged brands (76, Phillips, and Conoco). As a part of this re-branding, there was an initial decision to pull down all the Orange Ball signs and replace them with monument-style signs in the red orange and blue color scheme. In response to overwhelming negative publicity generated by a grassroots Save The 76 Ball campaign, ConocoPhillips backtracked on this decision in January 2007, agreeing to donate several of the classic orange 76 balls to museums and to erect approximately 100 balls in the new red-orange and blue color scheme.

The 76 ball is a popular logo in the "Cult Style" of European car tuning (especially on VW Golf Mk 1 GTIs due to the debut year of 1976), and is used on clothing items in Japan as of 2005.

The 76 Ball also made a brief appearance in the 1991 film Point Break during the final airport escape scene, in 1997's The Lost World: Jurassic Park during the Tyrannosaurus Rex chase in San Diego, California and close to the dam in 2014's Dawn of the Planet of the Apes. It also made an appearance in Sid and Marty Krofft's Land of the Lost movie. It made an appearance in the 1998 movie "Lethal Weapon 4" in which the gas station was blown up due to characters Riggs and Murtaugh shooting an armed man with a flamethrower into a tanker truck on the lot.

Until the end of 2003, 76 balls were located at the Daytona International Speedway and Talladega Superspeedway in all four of its turns. They were used as scoring points, had portholes, and were capable of holding a few people inside. One of these "balls" was given to the owner of Brumos Motor Cars in Jacksonville, FL, and now sits atop a building on the premises after ConocoPhillips terminated its NASCAR sponsorship. Another was given to Dale Earnhardt Jr that is currently displayed on his property. Similar balls had been placed near pit entrances at most NASCAR circuits until the sponsorship ended, but unlike spheres, they were flat on both sides and illuminated at night during races.

Corner Union 76 station in southern California circa 1930s.
The 76 ball is also a landmark at Dodger Stadium in Los Angeles, where the only gas station on the premises of a major league ballpark is visible from the park beyond the outfield stands. Union Oil was a longtime sponsor of the Dodgers baseball team, beginning with their relocation to Los Angeles from Brooklyn in 1958. The sponsorship by the 76 brand continues to this day.

Union 76 invented the antenna topper concept. Beginning in 1967, Union 76 distributed tens of millions of orange 76 styrofoam antenna balls. These were popular, especially in the Greater Los Angeles area, where they are still seen. In the winter of 1968, they also proved to be safety aids in northwestern US cities such as Spokane, Washington when wind and snow created drifts that made it difficult to locate cars without whip antennas and the ubiquitous orange 76 ball on them.

In recent years, 76 has appeared in certain areas in the Eastern US. Since 2013, they have returned to the orange ball imagery as part of the "Experience 76" program. 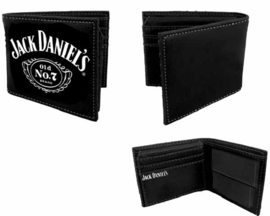