Can be used on both sides - Interior is Bright Orange for Safety Use!

This is the Original Pilot Bomber Jacket from Fostex!

Also we can deliver this product with a discount for clubs, starting from 5 pieces per delivery

PRODUCT HISTORY
Introduced by the mid-1950s, the MA-1 became the flight jacket of U.S. Air Force and Navy pilots and ground crew. Designed for use in temperatures of 14-50 degrees F, the MA-1 had a 100% wool knit collar, waistband and cuffs. The MA-1 discarded the mouton fur collar of its predecessor, the B-15, because it interfered with the parachute harness worn by aviators. Other features of the jacket included a tab that the oxygen mask was clipped to, tabs to hold the headset wires in place and the original U.S. Air Force decal. These features were eventually removed from the flight jacket as it was adopted by other branches of the U.S. Armed Forces and equipment for pilots changed. An addition to the jacket in 1960 was the reversibility to show off an Indian Orange lining. The reason being if a plane crashed, the pilot could reverse the jacket to the orange side to signal rescue personnel.
The jacket has evolved over the years but it is still one of our top sellers and today we produce many variations on this classic flight jacket.
These jackets are the Toledo OH. ones, used in the vintage collection of Raf Simons, from archivist David Casavant. Kanye West - Rihanna - Travis Scott - Rough Simmons. 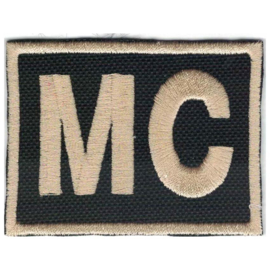